Footfall to Leigh Woods more than doubled during the installation, with around 30,000 people visiting the artwork. 40% of visitors had never visited Leigh Woods before. More than 1000 people attended our events programme.

Repurposing Boats After the Installation

At the end of the installation the boats were given away to organisations in the Bristol area. Passions were high in Iron Acton, Bristol when the town council had to decide whether their community were to find a home for the boat. Read news story. 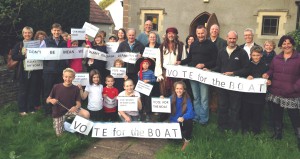 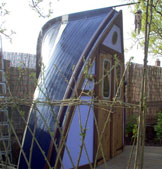 The boats are now being converted into children’s play equipment, story telling and performance spaces. One boat will even be converted into a cocktail bar!  Read about in Evening Post.  Photos of the boats in their new homes will be posted here soon.

Through our Events Programme, we collaborated with the following organisations and individuals to present their work on the boats.

Commissioned by the National Trust, but sited on Forestry Commission land, the project has enabled these two organisations to work closer together. See partners page.

Withdrawn has helped put TNAB on the map as a new, ambitious and ground breaking arts organisation.

“I didn’t know anything about the project until I stumbled across the boats in the woodland early one morning. I was dumbstruck and couldn’t quite believe what I was seeing!”  – Graham Taylor

“I thought I’d managed to visit the artwork alone, until I spotted a couple, lying under one boat kissing!” – Richard

“Even though I knew the boats were there, when I first saw them I was awestruck – I felt frightened, worried and quite sad.” – Jim Matthews

Read the review by arts historian Dr Sue Tate from University of West of England.